The difference between successful aging and preventable decline 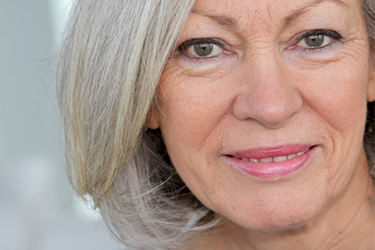 Everyone defines successful aging a bit differently. What is the real definition and how might it apply what is preventable decline for some? Let’s take a look.

A sharp contrast in aging

I worry about my mother. After a divorce with my father then losing her second husband unexpectedly, she’s become a recluse that only leaves her home for church, bunko and the occasional errand. Most of her friends live far away and she struggles to make new ones. She’s a very private woman. As her daughter and only relative in the state, I visit her as often as possible, but am frustrated with how little she allows me to help.

This article is the conclusion to our series on Masterpiece Living. Start with Part One here!

The contrast between her and my mother-in-law is striking. Her lifestyle of daily walks with her dog, close attention to medical care, a plant-heavy diet, and a love of reading and brain games seem to be a fantastic combination. She’s physically active and mentally sharp, despite a cancer road bump experienced along the way. She doesn’t have a bladder now, but it hasn’t slowed her down one bit.

My mother-in-law is two years younger than my mother, but aging in a completely different way.

What is successful aging?

If someone were to ask me what successful aging is, I’d probably say something about remaining independent and able to handle task of daily living by myself, aging normally based on my age rather than experiencing a rapid decline.

I’d say my mother is not aging successfully and my mother-in-law is.

Both have normal age-related issues, such as tooth frailty and cataracts, but their physical strength, mental health and wellbeing are very different.

According to some of the most credible sources I could find online, successful aging is the avoidance of disease and disability while maintaining a high level of physical and cognitive function, and sustained engagement in social and productive activities.

That makes sense to me.

What also makes sense—verified by the wonderful book written by Dr. Roger Landry (Live Long, Die Short) and showcased in the Masterpiece Living concept he founded of integrating physical, social, intellectual and spiritual dimensions for successful aging—is that we have power over how quickly we decline.

In some ways, my mother-in-law follows Landry’s concepts of Masterpiece Living in her own life, and my mother does not.

The role of Masterpiece Living in successful aging

Over the last month, we’ve explored each different aspect of the Masterpiece Living concept, followed within our own Sun Health retirement communities. If you missed them, continue reading for a quick summary…

Starting with our first article on spirituality at retirement communities, we explored how spirituality as an organized religion or belief in a higher power fills an important role for older adults. Deeper than attending worship services or prayer, it’s an opportunity to socialize, learn and grow, get out into the community and build meaningful ties with others, and gain comfort during life’s more difficult moments.

PART ONE: Spirituality at retirement communities

For any Masterpiece Living community, spirituality is woven deeply into the fabric of the community, helping residents feel a strong sense of belonging.

PART TWO: Bunko to bused road trips, here’s why some Arizona retirement communities focus on social events more than others

In the second part of our series, we looked at the importance of social events—the socialization dimension of successful aging—and how it can help older adults reduce cognitive decline, even preventing dementia, along with its powerful impact on physical health and avoiding long-term illness.

Socialization isn’t just about avoiding depression and isolation by getting out of the house, its impact is far greater.

After that topic, we walked through some of our favorite brain games, emphasizing the differences in mental acuity between older adults with a lifetime habit of continual learning versus the occasional play with brain games.

Games help, but a lifestyle of learning is even better. Not only is it more entertaining and something that can easily improve quality of life, but it’s a great way to socialize.

PART THREE: This one thing is even better than brain games

Last, in part four, we tackled the topic of longevity and how physical activity and fitness make a difference, slowing decline and adding years of extra life without impairment.

PART FOUR: Is physical activity the secret to longevity and independence?

To wrap up the series, one last thought to share is that the integration of all four (spirituality, physical, social and intellectual) are key to successfully aging as the best possible you. Each helps on their own, but together the impact is undeniable and powerful.

As we make dozens of tiny decisions each day that collectively impact our overall health, many of us struggle to make choices in our own best interests. It’s far easier to decide on what’s most convenient at that particular moment in time, hoping to make better choices tomorrow.

Surrounding yourself with other people who put good health and wellbeing first, and living in a community that revolves around that type of lifestyle can make it far easier.

It becomes a daily habit, not an afterthought.

If you’re interested in learning more about the difference a Masterpiece Living community can make when it comes to successful aging, contact Corporate Director of Sales Jackie Lusson at 623-236-3767 to schedule your tour.